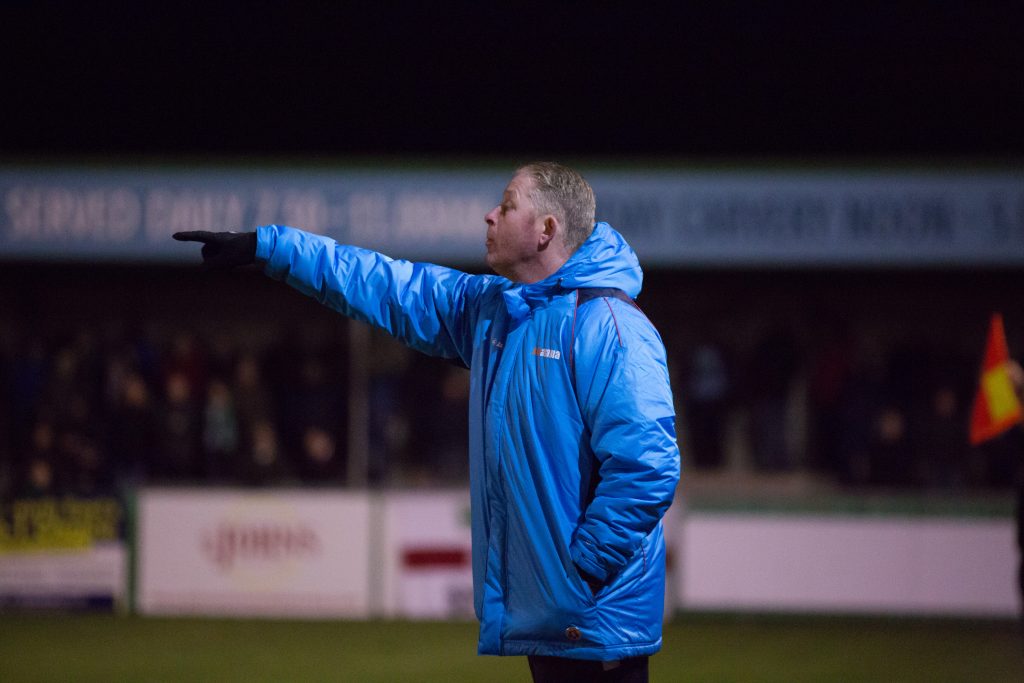 Blyth Spartans manager Alun Armstrong spoke at length to Blyth Spartans Club Website after his sides 8-2 defeat at the hands of Morpeth Town in the Northumberland Senior Cup semi-final on Wednesday evening.

When asked about the Blyth Spartans fans who’d travelled to Craik Park to witness tonight’s drubbing – and their thoughts on the evening’s action – the 42-year-old responded in his usual honest fashion;

“I apologise to the Spartans fans who travelled tonight expecting to see the first team in action, but I was not going to take any chances on my key players.

“My priorities lie elsewhere and we have a big game this weekend against Darlington. In all honesty, I didn’t want Buds (Nathan Buddle) or Robbie (Dale) to play, the pitch was extremely heavy with some doubt the game would go ahead, I have to protect my key players.”

The Spartans’ lineup saw debuts given to reserve team players Callum Uddgren and Euan Anderson, with only Buddle and Dale – the latter playing at centre-half – regular first team starters. Four further reserve team players were named on the bench with Andrew Murray and Liam Wotherspoon making an appearance in the second half.

“It was a massive test for the young lads tonight, Morpeth are an extremely good side, but I wasn’t going to risk anyone tonight, I’m looking at the bigger picture and the big game we have on Saturday is vastly more important.

“Hopefully the fans will understand that, I’ve got to look after my players for the play-off run in. You look at that pitch out there and if I play any of my key players I’m putting them at risk.”

The former Middlesbrough and Ipswich striker saw goalkeeper Shaun MacDonald and midfielder David McTiernan pick up knocks in the first half, which vindicated his decision to rest key names.

“Shaun and Macca (David McTiernan) both picked up injuries, and that was my biggest fear before the game, it leaves us light for Saturday now which was my main concern coming into the evening.”

But Armstrong did have some harsh words for his senior players who are looking to push their way into the first eleven.

“I was disappointed with some of the Senior lads tonight, I was expecting a lot more from them, especially if they are looking to push their way into the starting XI. They didn’t show enough to force my hand and possibly start them on Saturday.

“It was an opportunity for them to perform, and they didn’t.”