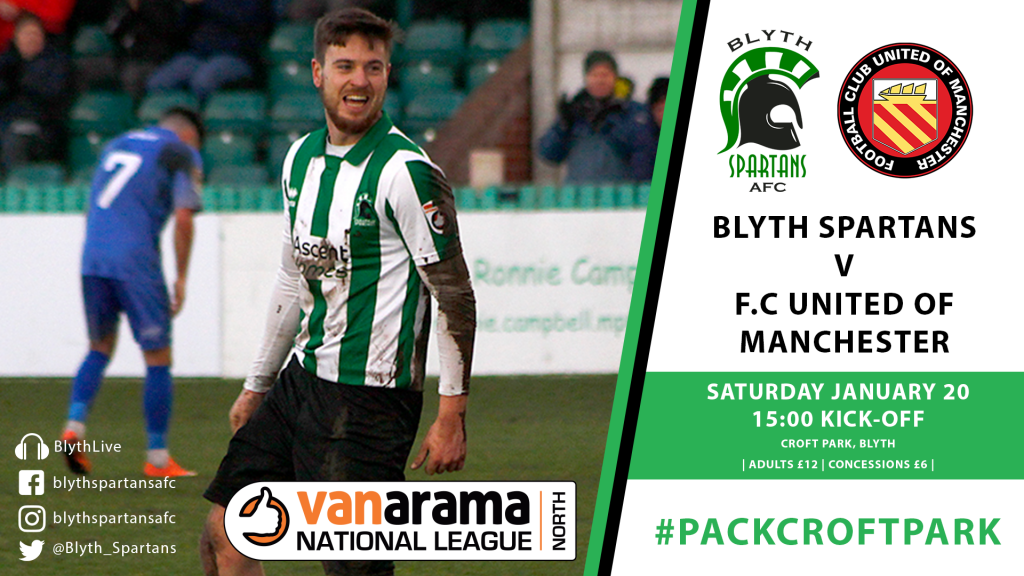 Blyth turn their attention back to the Vanarama National League North as they welcome a resurgent FC United of Manchester to Croft Park on Saturday.

The Spartans were punished for defensive lapses as Bromley cruised to a 4-1 last Saturday. Braces from Josh Rees and Louis Dennis sealed the victory despite Greg Ruthereford reducing the deficit.

FC United of Manchester were kicking their heels last weekend as they were without a game. The weekend previous they had entertained Southport on Sunday at Broadhurst Park. Player-manager Josh Greaves scored the only goal of the game to give the home side 3 points.

Blyth start the weekend in 6th place knowing a win could move them up to 4th position. FC United come into this game unbeaten in their last 6 and a win would move them onto 35 points and 11th position.

Tom Greaves – Player/Manager who took over following Karl Marginson’s decision to step down in October. Greaves was appointed in November and has only tasted defeat once since taking the reins.

Tom Greaves – The player/manager is also the main threat for FC United as he leads the scoring charts with 9 goals this season. Greaves was previously at Bradford Park Avenue where he has had 3 spells and also played for Ossett Town, Bridlington and Garforth.